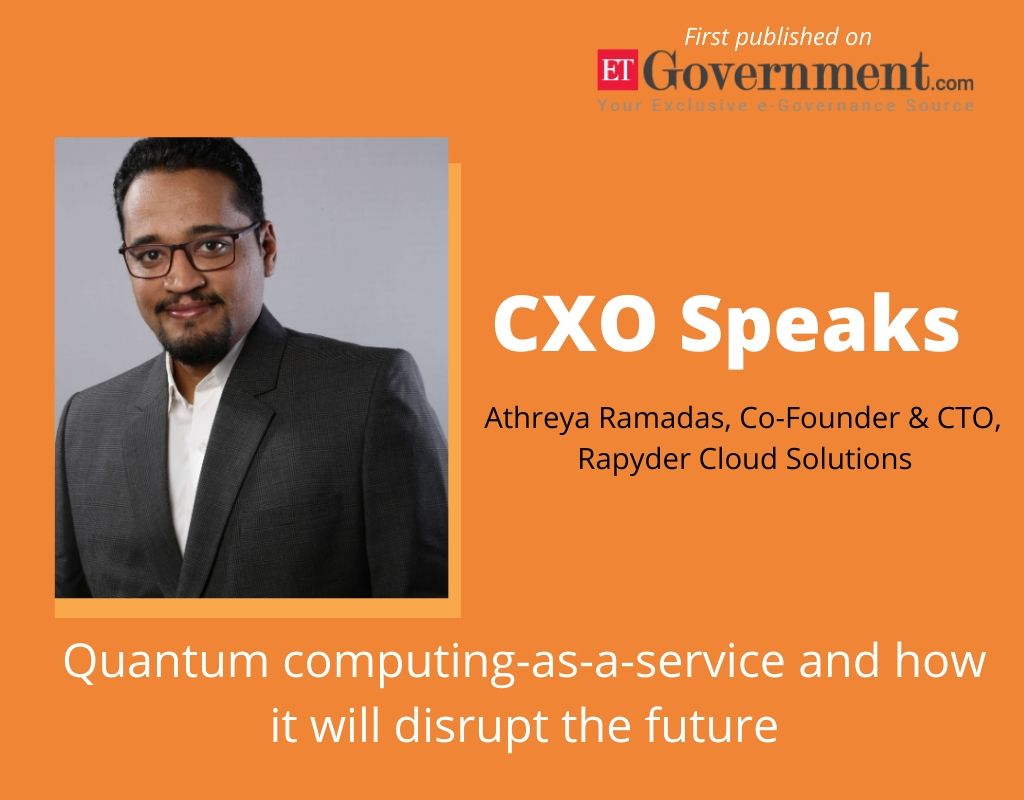 Quantum computing has once again become the cause célèbre among the Indian tech community—thanks to the finance minister, who allocated a whopping Rs 8,000 crore in the union budget 2020, towards National Mission on Quantum Technologies and Applications.

“Quantum technology is opening up new frontiers in computing, communications, cyber security with wide-spread applications. It is expected that lots of commercial applications would emerge from theoretical constructs which are developing in this area,” said Nirmala Sitharaman during her budget speech.

Every other technology company that we today count on—be it Amazon, Google, Microsoft or IBM—are investing hugely on this revolutionary technology. It’s also one of the hot innovation areas for the budding startup community across markets. 2019 specifically drew a lot of research, advancements and investments in this area.

So why is it that a technology, which has been existent for the past four decades or so, is gaining steam in recent years?

By definition, quantum computing is an alternative to the classical computing that we have been relying on so far. By using qubits—as opposed to the binary digits used by today’s computers—quantum computing promises a literal quantum leap in processing powers. It is not going to replace our classic computers but are capable of solving hard important problems much faster than the current systems. Though far from being commercially viable, this technology could lead to new breakthroughs in the field of science, medicine, aviation, transport and financial services.

For a long time, ‘quantum supremacy’ (the point at which a quantum computer can solve a problem that is impossible to be solved by today’s most powerful supercomputers) was the focus of many researchers. However, there has been a lot of debate over why the researches should instead focus on new experiments and real-world applications of quantum computing.

To a large extent, the future of quantum computing is still quite vague. But the potential applications of the technology are highly promising. These are broadly in the areas of cybersecurity, drug development, weather forecasting and financial modelling among other things.

The automotive industry has long been working on developing some meaningful applications of quantum computing. One of its most noted uses is around how quantum computing can help avoid traffic jams and ensure better traffic flow in some of the busiest cities in the world. Volkswagen, for instance, has developed a program on the D-Wave quantum computer for urban motion flows. Volkswagen’s program even predicts future traffic volumes, demand for transport and the duration of each journey! For some of the real-world problems that exist today and will emerge in future, quantum computing already has the answers.

A quantum leap to cloud

While it is a relatively young technology, the biggest challenge for the mass-scale adoption of quantum computing is the fact that they are quite difficult to build and program and are, at this stage, exceedingly expensive. Quantum algorithms are daunting and access to quantum hardware is limited.

But the answer seems to lie in the cloud!

In the last one year, many leading players have come up with cloud-based quantum models which give their customers the opportunity to write quantum algorithms and run them on real quantum computers. The most recent offering from Amazon Web Services, for instance, allows researchers to experiment on quantum computers from the three leading quantum hardware providers namely
D-Wave Systems, IonQ and Rigetti Computing. Through this, the company aims to build a strong foundation that is ‘firmly rooted in reality’ and be an enabler of the quantum-powered future.

Cloud in fact takes quantum computing one step closer to reality, because it addresses the critical challenges around accessibility– much like how cloud revolutionized the way computing is currently consumed.

This will likely lead to some appropriate use cases and more meaningful experiments on quantum computing.

Today, more than 80 percent of enterprise workloads are running on the cloud. In future, when quantum computing moves to mainstream adoption, organizations will rather go for a cloud-based on-demand model than owning their own quantum computers.

This article was contributed to and first appeared in The Economic Times. Click hereto read the article on ET.com

Who are Decisions Makers of the Cloud and What should they consider?
R-SECURE Solution (Rapyder’s Security Hub Remediation)
The Growing Demand for Cloud Computing professionals [2021]
0
SHARES
ShareTweet
Subscribe

Athreya Ramadas is the Co-Founder & CTO of Rapyder Cloud Solutions. He is a certified AWS Solution Architect and has expertise in highly scalable, available and fault-tolerant cloud architectures. He also has a deep expertise around Devops tools, Security, Cloud Migrations and and deployment.

This website stores cookies on your computer. These cookies are used to improve your website experience and provide more personalized services to you, both on this website and through other media. To find out more about the cookies we use, see our Privacy Policy. We won't track your information when you visit our site. But in order to comply with your preferences, we'll have to use just one tiny cookie so that you're not asked to make this choice again.
Accept